Snorkeling in the Blue Hole

Snorkeling in the Blue Hole

One of the great natural wonders of the world has to be the perfectly symmetrical blue hole that sits in the middle of a vast reef off the coast of Belize. From an aerial perspective, this one-thousand-foot in diameter sinkhole fringed by lush reef and iridescent white sand looks like some sort of abstract art. It’s absolutely stunning. This fantastic natural wonder iconic to Belize has of course attracted a lot of attention from foreign tourists and diving and snorkeling in Belize. That being said, what’s the snorkeling actually like in the Blue Hole? What might be easy to advertise as a tourist attraction because of its unique aerial appearance might not actually equate to a fulfilling snorkeling experience. Luckily, we just ran a whole string of Belize snorkeling safaris in March of 2022 from resort-based tours to liveaboards, to snorkeling photography workshops, all of which spent a day snorkeling in the Blue Hole. Here’s what it’s like. 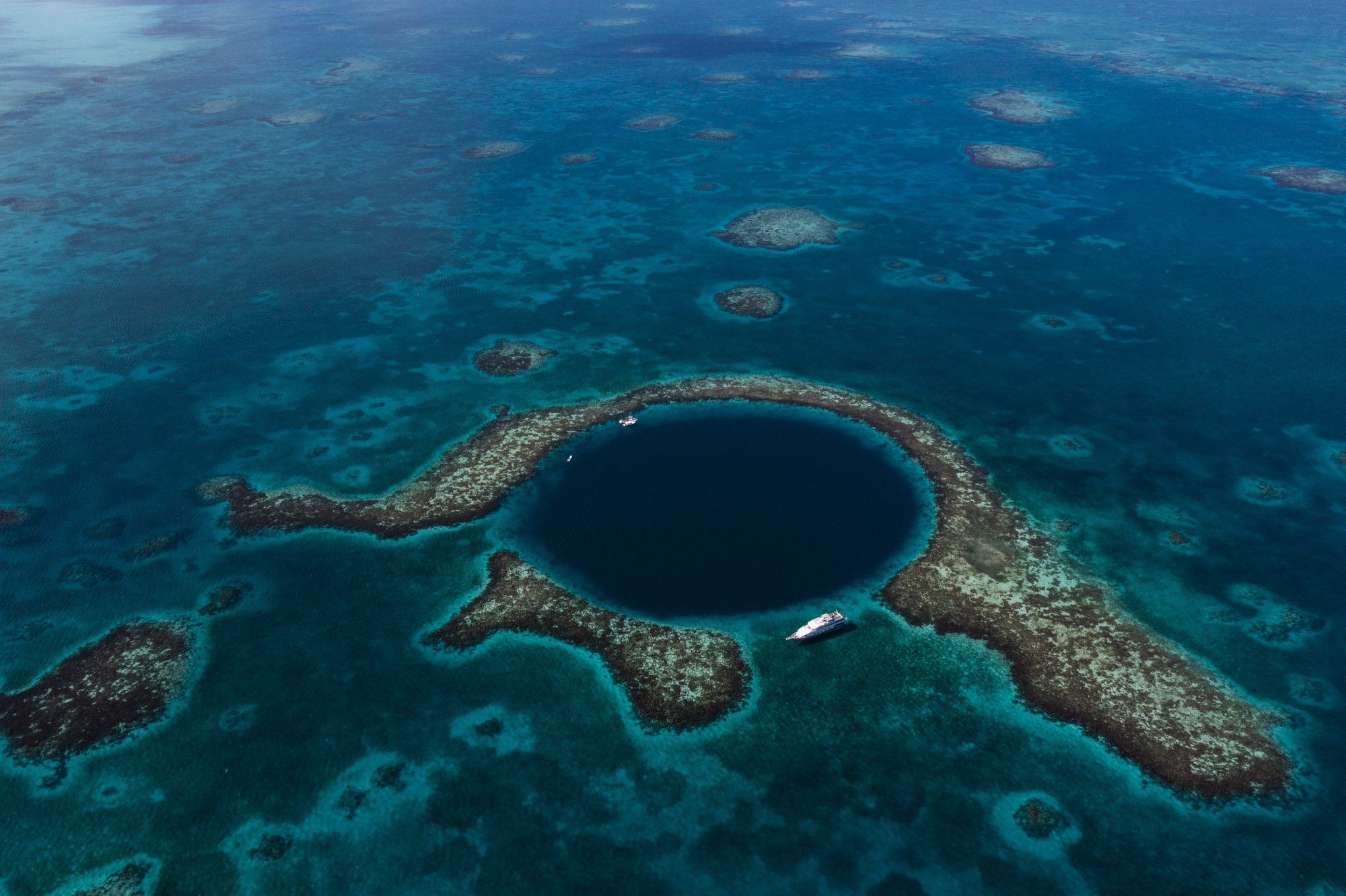 Upon arrival to the Blue Hole by boat you will barely notice any changes to the topside scenery, it’s just varying shades of blue water for as far as the eye can see. However, once you jump in the water it’s a very different scenario. With the exception of the two gaps in the coral-fringed ring, one of which is natural while the other one was deliberately blown open by Jacques Cousteau so he could march his giant boat into the center of the Blue Hole, the entire inner ring of the hole is a dense forest of sea fans, hard corals, and sponges that reach right up to the surface. 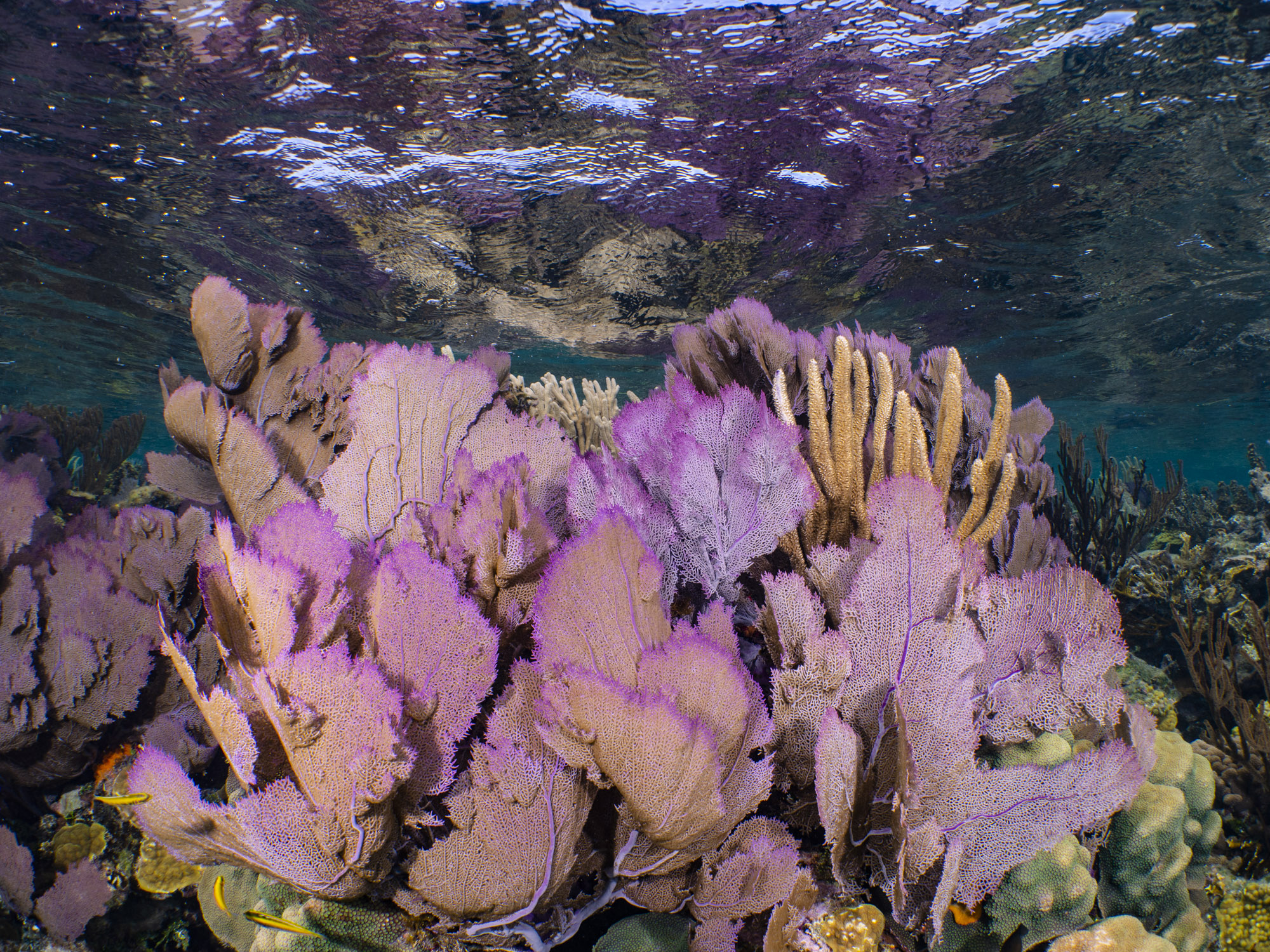 With regards to fish, there might be a bit more fish life in the outer reefs, as is typical when comparing inner reefs with outer reefs, there was still plenty of fish to spot including stingrays, eagle rays, angelfish, and tons more.  While the circumference of the blue hole is quite large, it’s very possible to snorkel around the whole thing in about an hour and a bit.  For just about all of the guests, it was the snorkeling highlight of the trip! 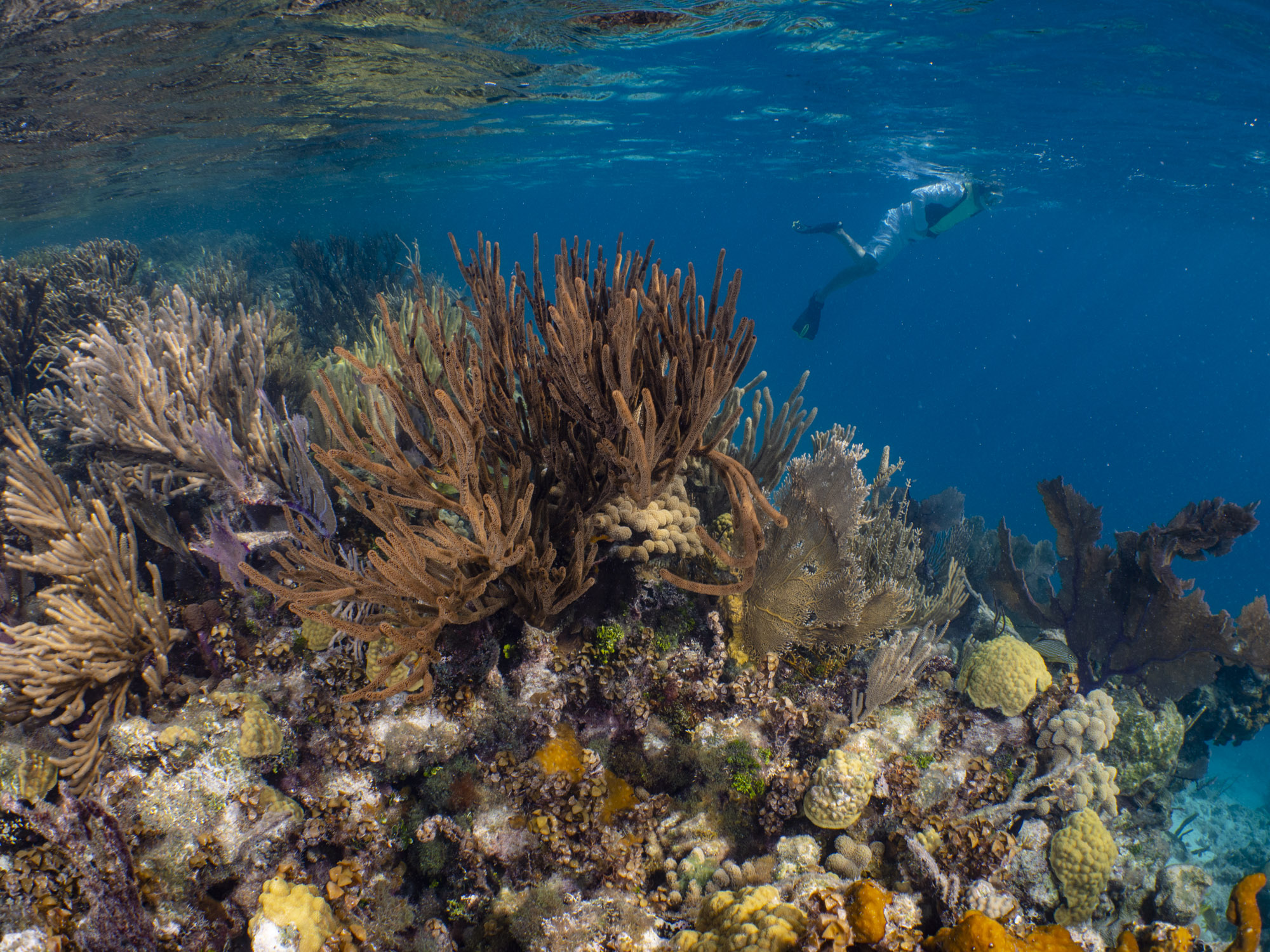 After a full morning of leisurely snorkeling in the blue hole, the liveaboard or day boat we were snorkeling from would then make its way to Half Moon Quay where we’d be enjoying a delicious picnic or BBQ lunch beneath the island’s palm trees. 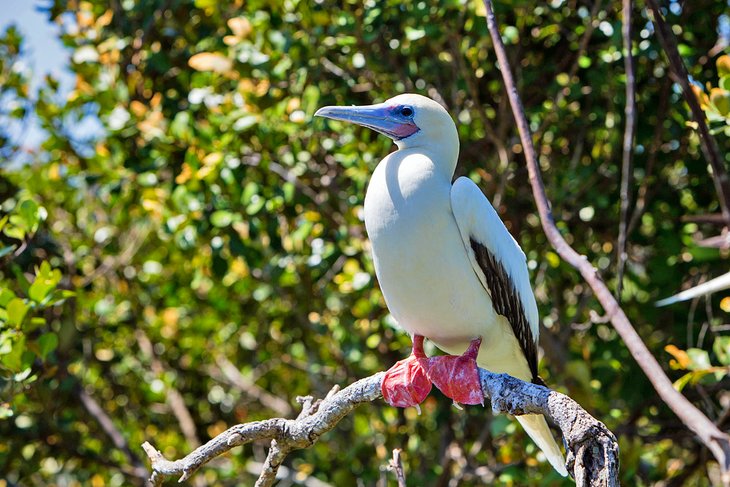 This island is as picturesque as you can get for the Caribbean; white sand, palm forests, turquoise water, iguanas, juvenile lemon sharks cruising the shallows, hermit crabs, and a full rookery of frigate birds and red-footed booby birds. Post lunch everyone has plenty of time to wander around the island and take it all in while also being able to get a canopy-level perspective of the nesting booby birds and frigates thanks to the sturdy observation tower that’s been built in the forest where the bird’s nest. 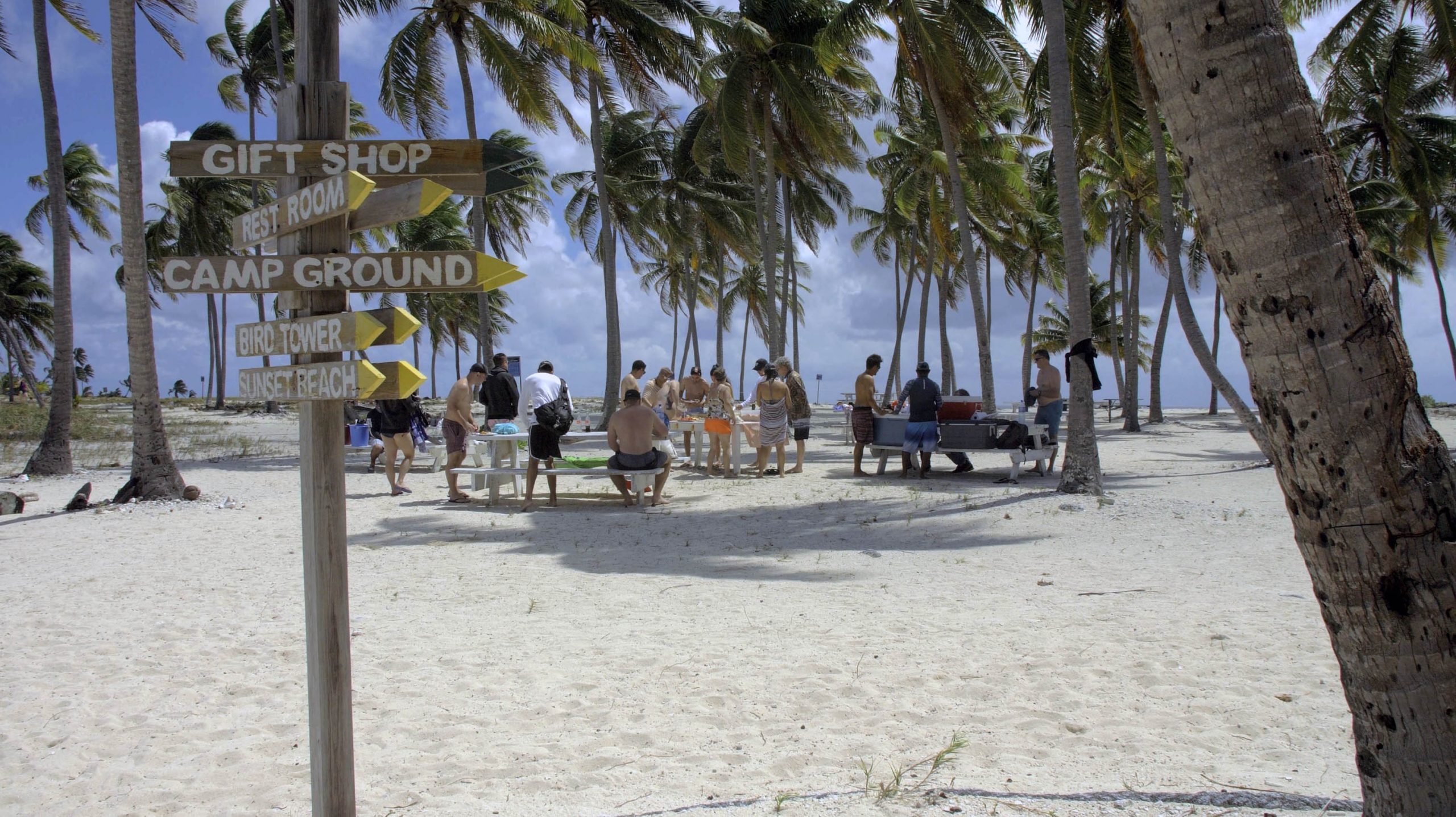 So yeah, as you can hopefully see the Blue Hole of Belize very easily lived up to the hype all around it. Pair that with a couple of other snorkels in the area and a fantastic afternoon exploring and dining on a beautiful tropical island and you have yourself a pretty idyllic day!

Alex Lindbloom
Alex is a Snorkel Venture and Dive Safari Asia guide as well as the video and photo pros for both companies. Alex is also a field editor for a popular underwater photography magazine. Prior to joining Snorkel Venture in 2018 Alex lived and worked all over the world working as an underwater cameraman, with five of those years living/working on a yacht in Indonesia. Alex's images and videos have garnered many international awards such as Underwater Photographer of the Year and can be seen on NatGeo, Discovery Channel, the UN Building, and various magazines.
Previous postBest of Belize 2022: Part II
Next postMisool Here We Come!