Our Belize Snorkel Safaris have quickly become some of the most popular we offer, for several reasons I suspect. Belize’s close proximity to the States makes it easy to get to, particularly for those traveling from the eastern parts of the United States. A surprise to some, Belize is also an English-speaking country as a result of the country being a former English colony. What’s more though, Belize is an incredibly beautiful country above and below the water and offers some of the best reefs in the entire Caribbean Ocean. 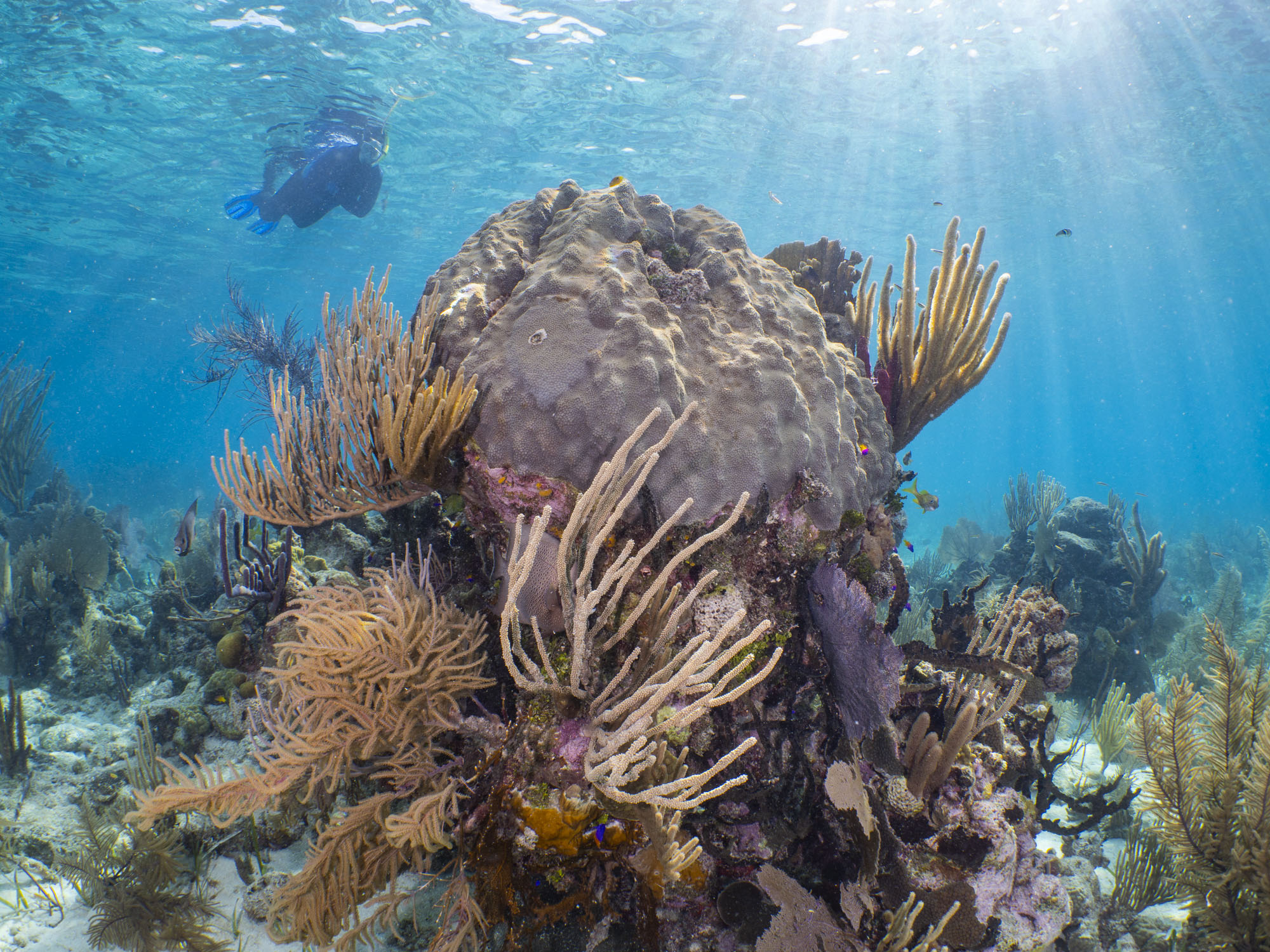 Starting in February of this year we were finally able to run four separate Belize Snorkeling Safaris back to back, welcoming nearly seventy happy snorkelers over the period of four weeks to the turquoise waters of Belize! Two of these tours were our new “Belize Snorkel Week” safaris which take place at the beautiful Turneffe Island Resort in the southern section of the Turneffe Atoll. The other two snorkel safaris took place liveaboards, one of which was the Belize Aggressor III, which we’ve run a number of snorkeling safaris with over the years, and the other was a snorkeling photography workshop which was run on the Belize Aggressor III’s big sister, the Belize Aggressor IV. While all four of these safaris took place around the Turneffe Atoll as well as Lighthouse Reef where the Great Blue Hole can be found, no two trips were the same. All were magnificent, but different in many ways. 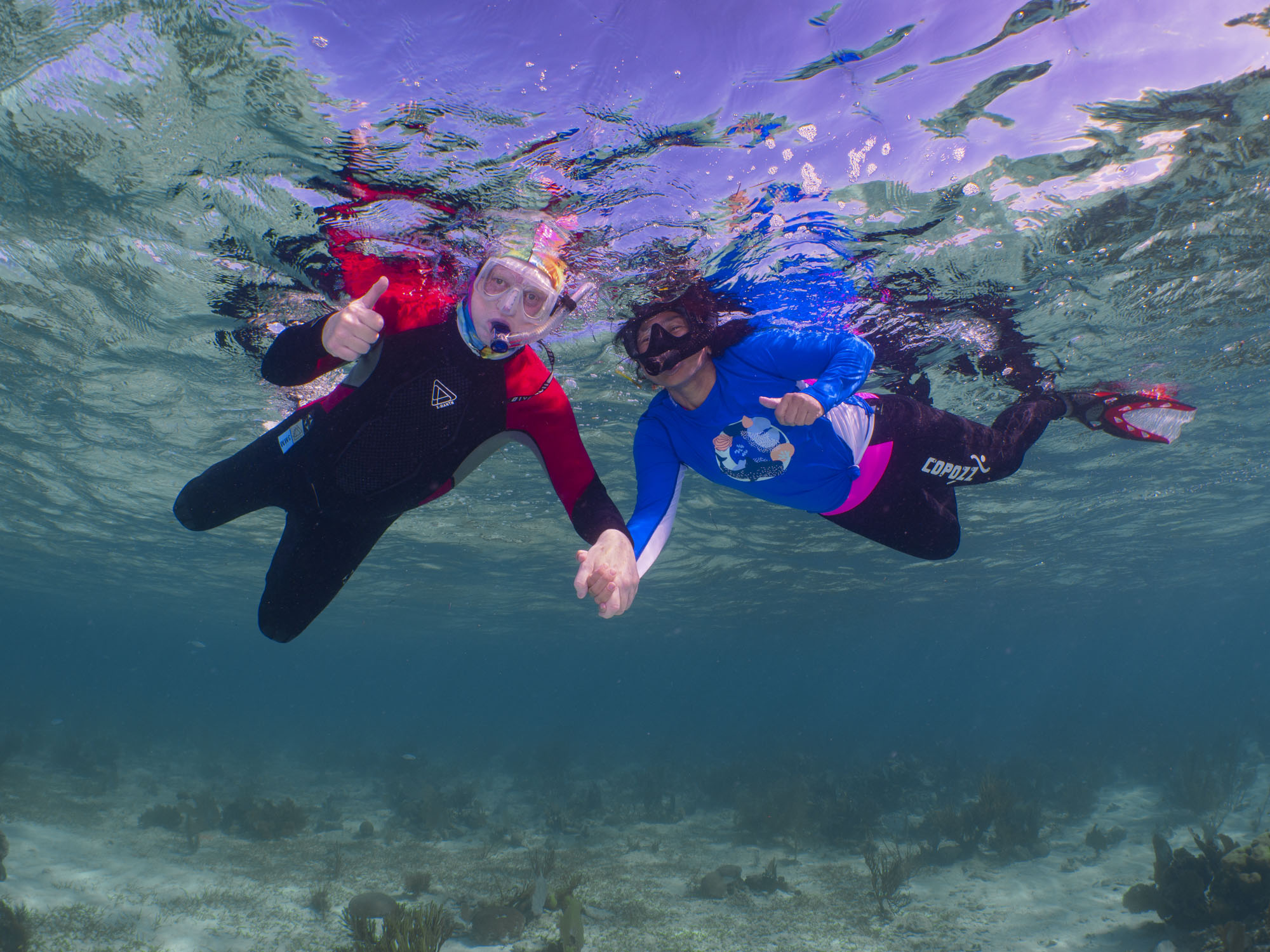 So, knowing full well that I’m not great at being concise with my blogs, particularly when I’m meant to share the details of the trips I’ve just come back from, I’m going to break these Belize Blogs into three sections, with the first being all about our time at Turneffe Island Resort. Part II will be about the Belize Aggressor Liveaboard safaris, and Part III will be about what it’s like to visit the Blue Hole.

This was a completely new trip for us, and having visited the resort ourselves just before the pandemic to ensure it met our standards in terms of service, accommodation, and snorkeling, we couldn’t have been more excited to come back with a bunch of guests this time! 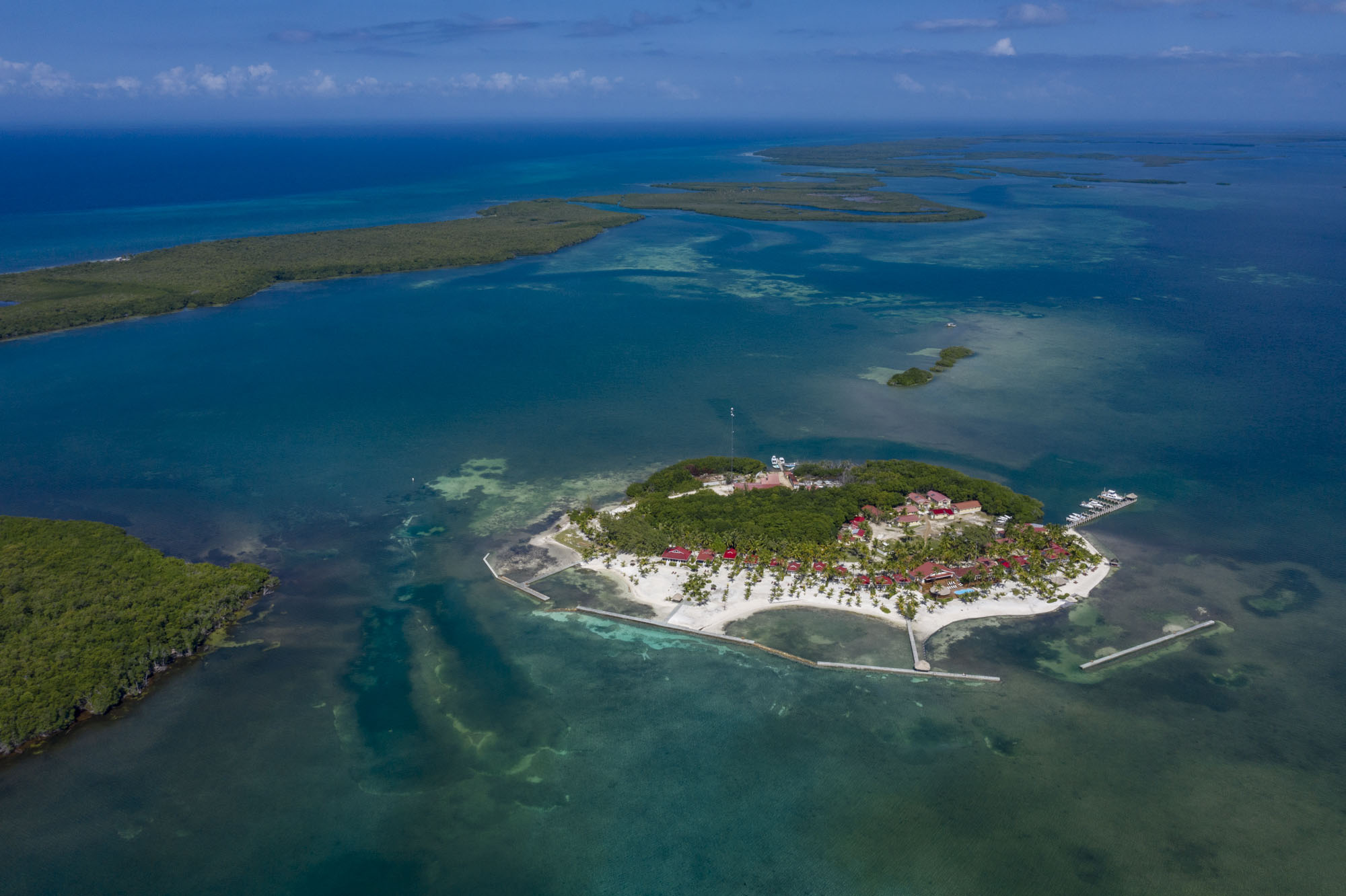 Turneffe Island Resort is located on its own private island complete with mangroves, white sand beaches, and a beautifully manicured palm forest. As much as I’d like to, I’m not going to go into too much detail about fantastic rooms, mouth-watering food, and the perfect picturesque beach bar that everyone was drawn to each evening for their signature cocktails and happy hour appetizers, simply because all that info can be found here after all this is a snorkeling blog, so let’s talk about the snorkeling! 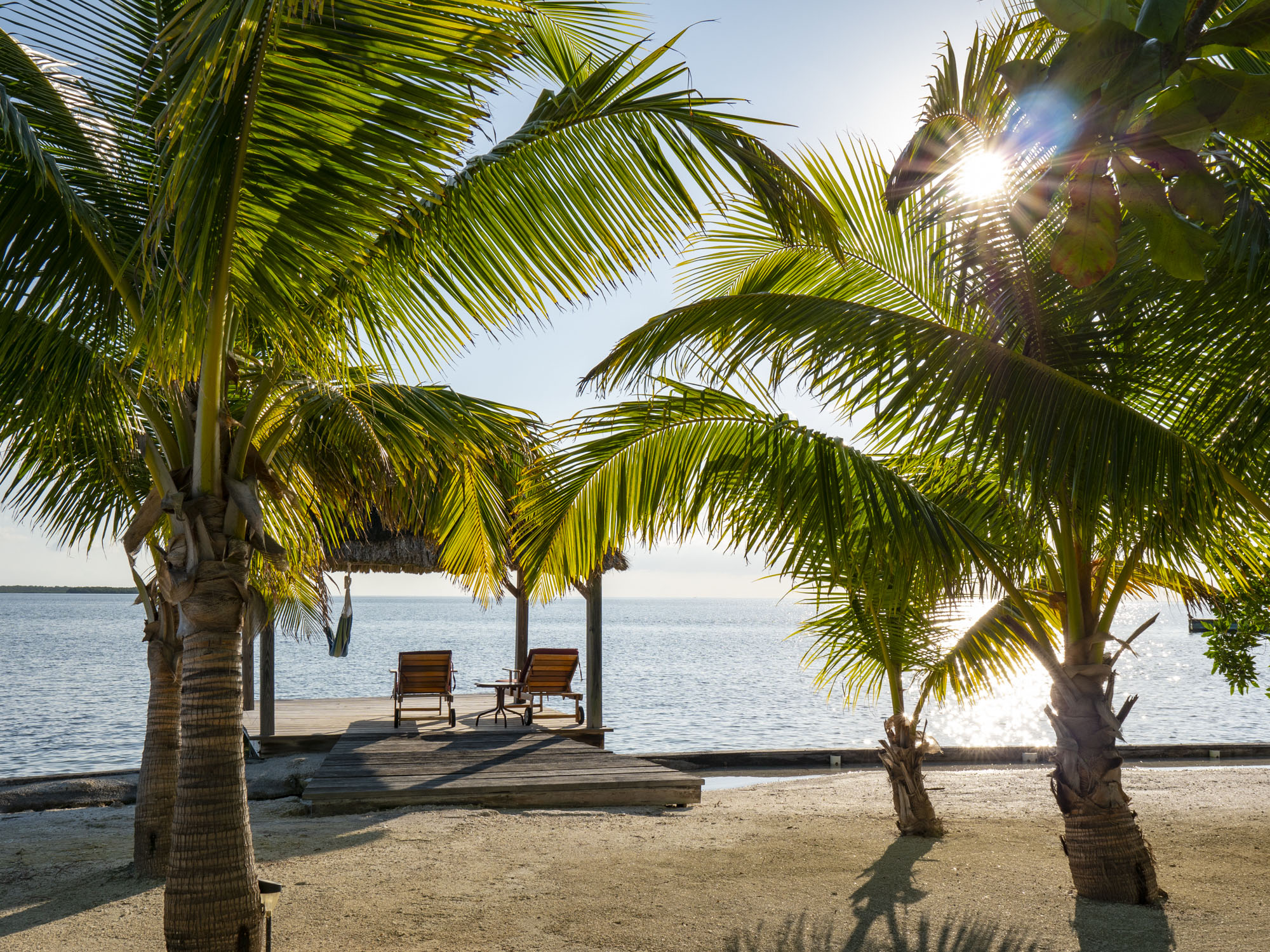 Given its strategic location in the southern tip of the Turneffe Atoll, Turneffe Island Resort has quick and easy access to some of the best reefs in Belize, not to mention the snorkeling guides were amazing and seemed to know these reefs like the back of their hand. To keep group numbers small, our group of eighteen guests was divided up into three groups of six, who would head out twice a day on three separate snorkeling boats to explore different reefs with their snorkeling guides. 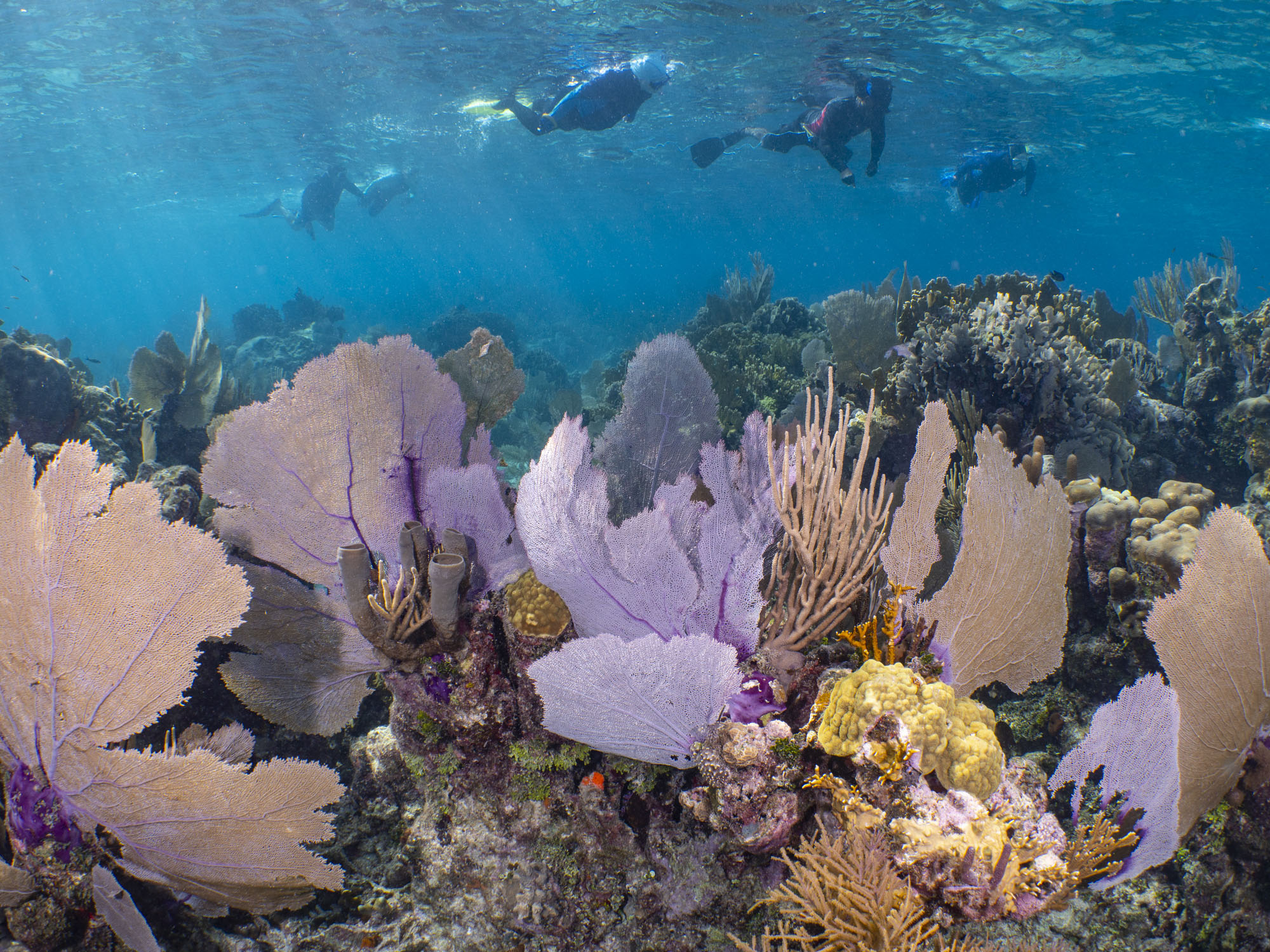 The reefs in this area are varied, from outer reefs where the shallows would gradually give way to gentle slopes that suddenly dropped off into sheer walls, while other reefs were coral mounds fringed by pristine white sand and fields of seagrass where things like stingrays, eagle rays, conch, crabs, squids, and the occasional nurse shark would reside. One of everyone’s favorite reefs aside from the Blue Hole was called Billy Bob and had a very unusual underwater landscape. The reef bottom would start around twenty feet, deeper than we typically like to take our snorkeling groups, but what was so cool about this site, in particular, was that it had a whole series of these mountainous ridges that would abruptly rise up from the deep creating these really unique underwater ridge-tops and valleys where marine life seemed to thrive! 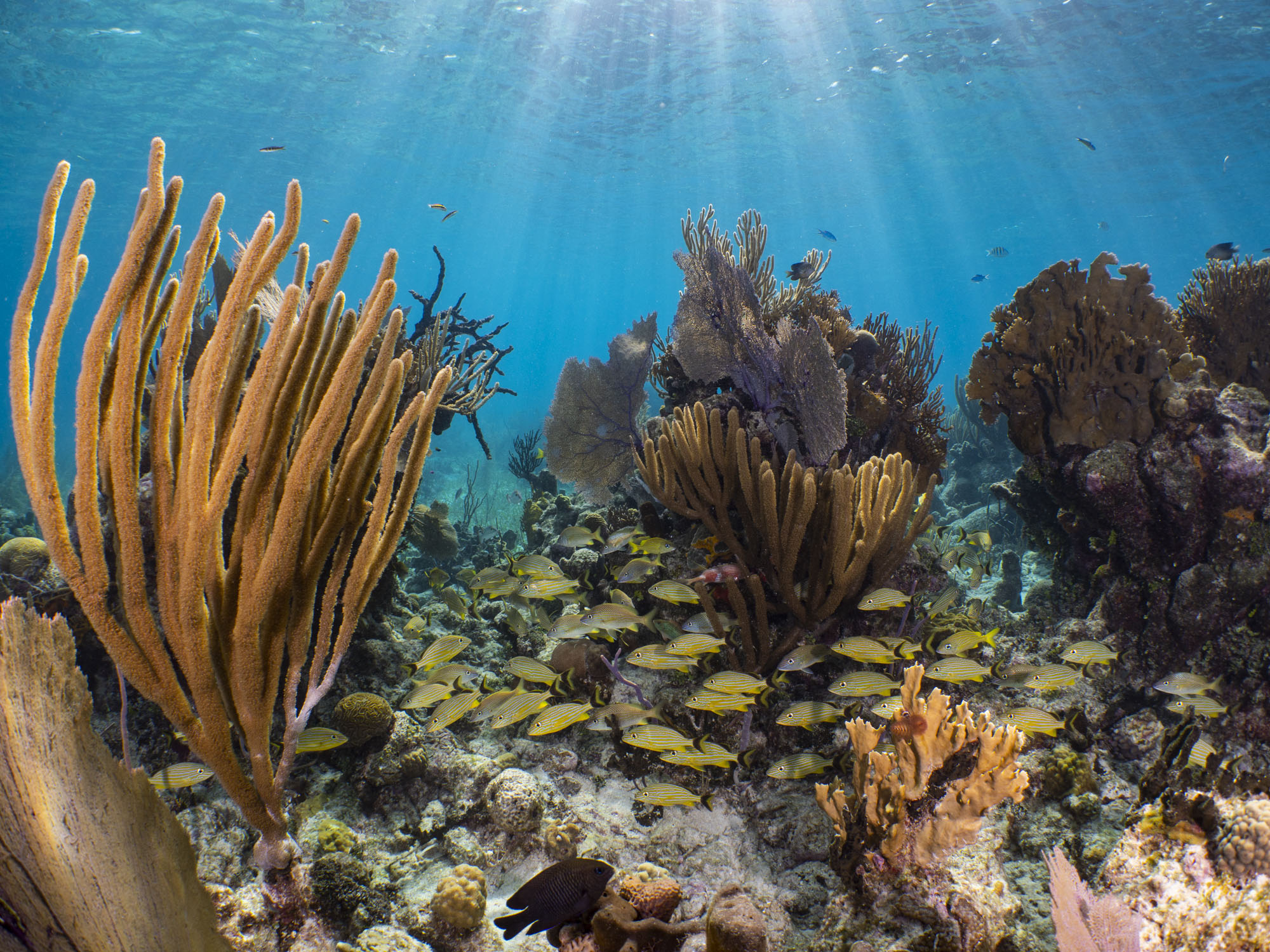 One of the big underwater highlights that all the guests enjoyed during our snorkeling time at Turneffe Island Resort was the resident pod of dolphins we all had a chance to swim with. Turneffe Island Resort is tucked away amongst the vast network of mangrove forests, which provides the perfect habitat for dolphins. They could be seen swimming and hunting in the seagrass beds just off the resort most days, but on two of these days, we were able to get in the water with them which the dolphins seemed to welcome as they would swim right up to groups of snorkelers repeatedly over a period of about 30-40 minutes! 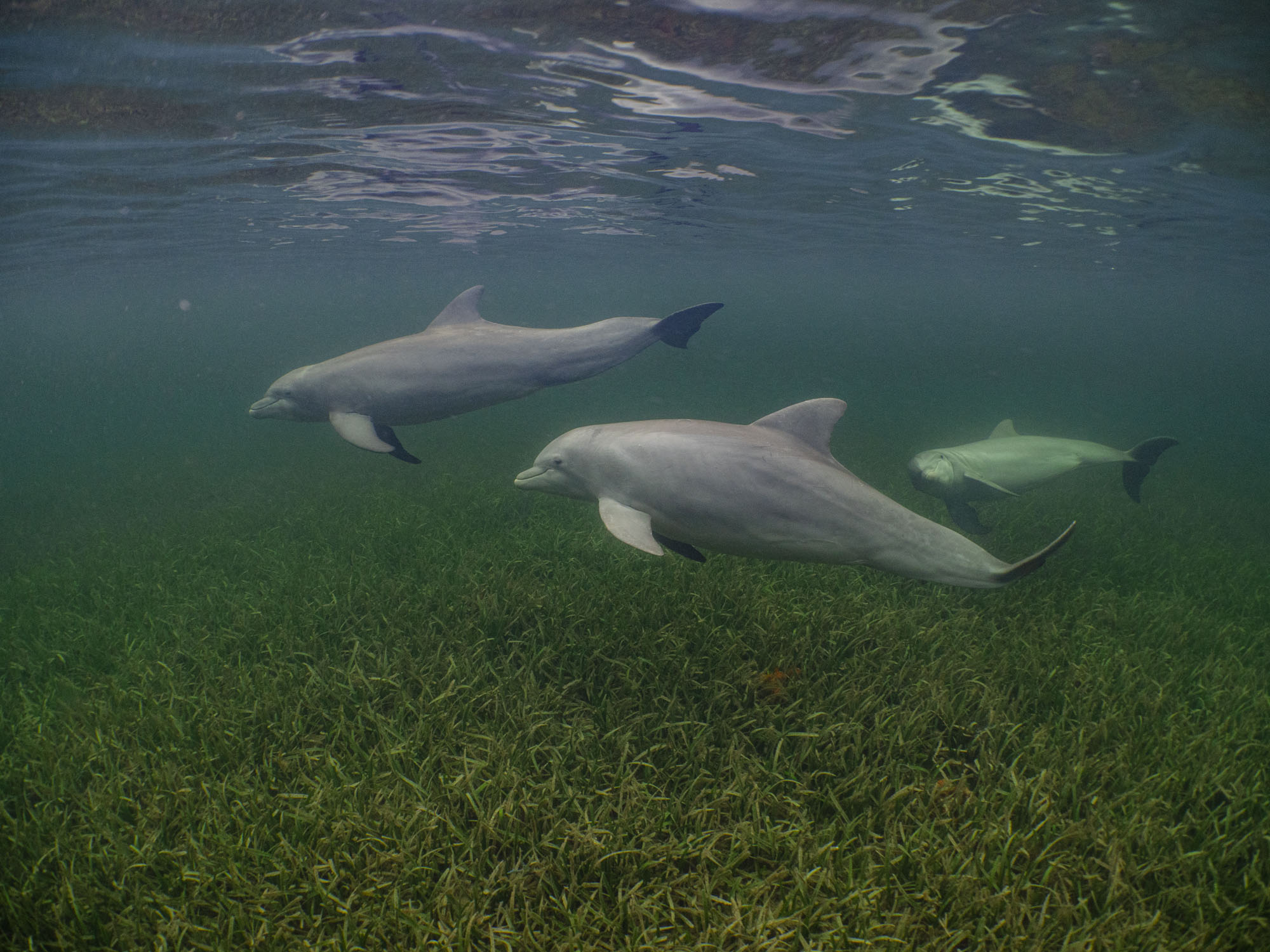 Some of the other big in water surprises came in the form of large schools of blue tangs, daily sightings of eagle rays and nurse sharks, several octopuses out hunting, lots of lobsters, peacock flounders, Caribean reef sharks, flamingo tongue cowries, and some very large rough tail stingrays. We even had a massive great hammerhead casually swim past one of our groups on the very last snorkel of the trip! This is all of course without including the spectacular reefs! 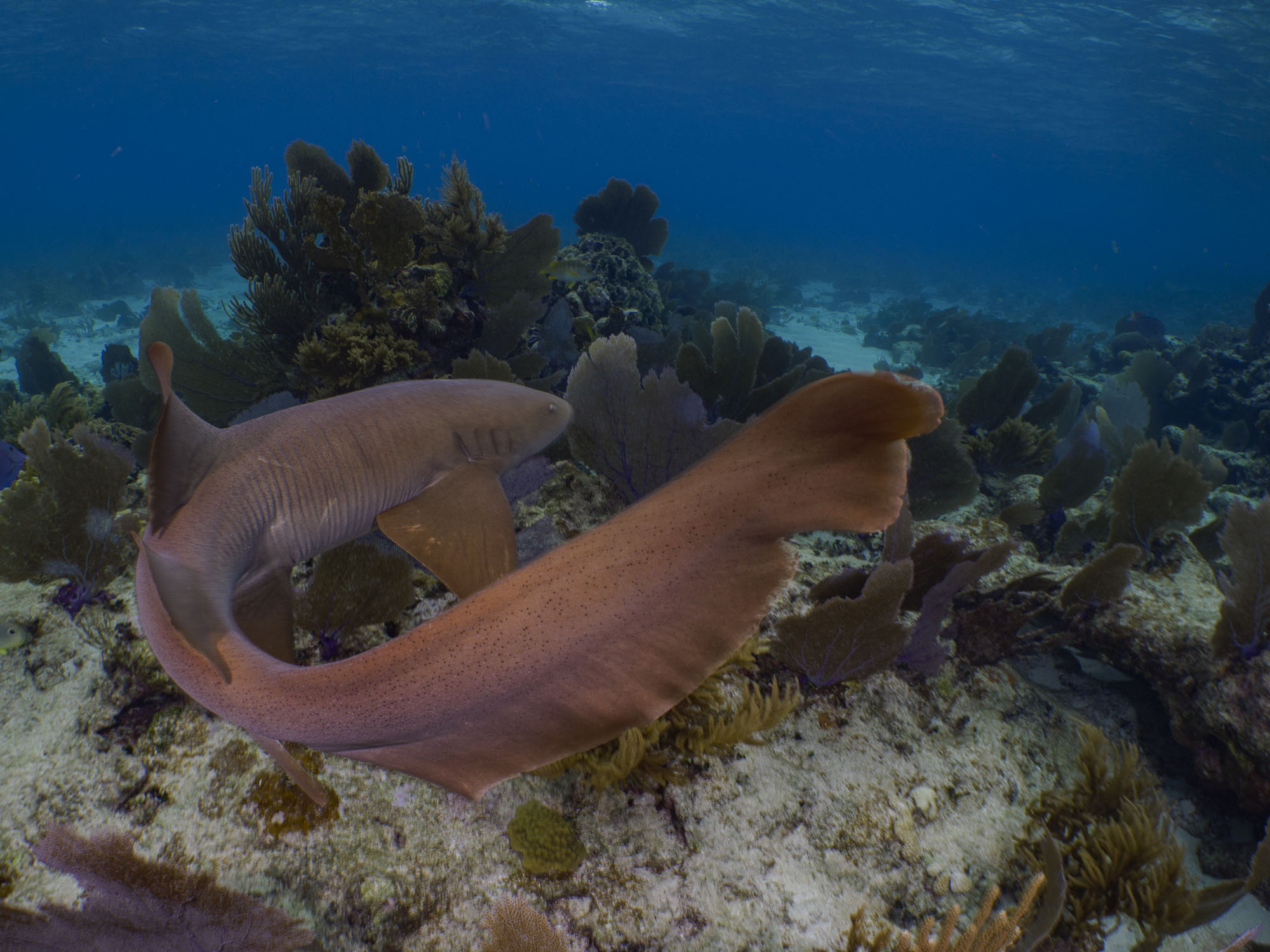 When we weren’t snorkeling, we were either enjoying a bit of downtime in our comfortable upscale beach bungalows, gorging ourselves on the resort exquisite cruise, enjoying an afternoon kayak around the island, and in the evenings almost everyone would turn up right at 6:00 for the resorts famous appetizers accompanied by some bubbly Beliken beers and freshly prepared cocktails as the sunset to reveal the night sky’s canopy of constellations. 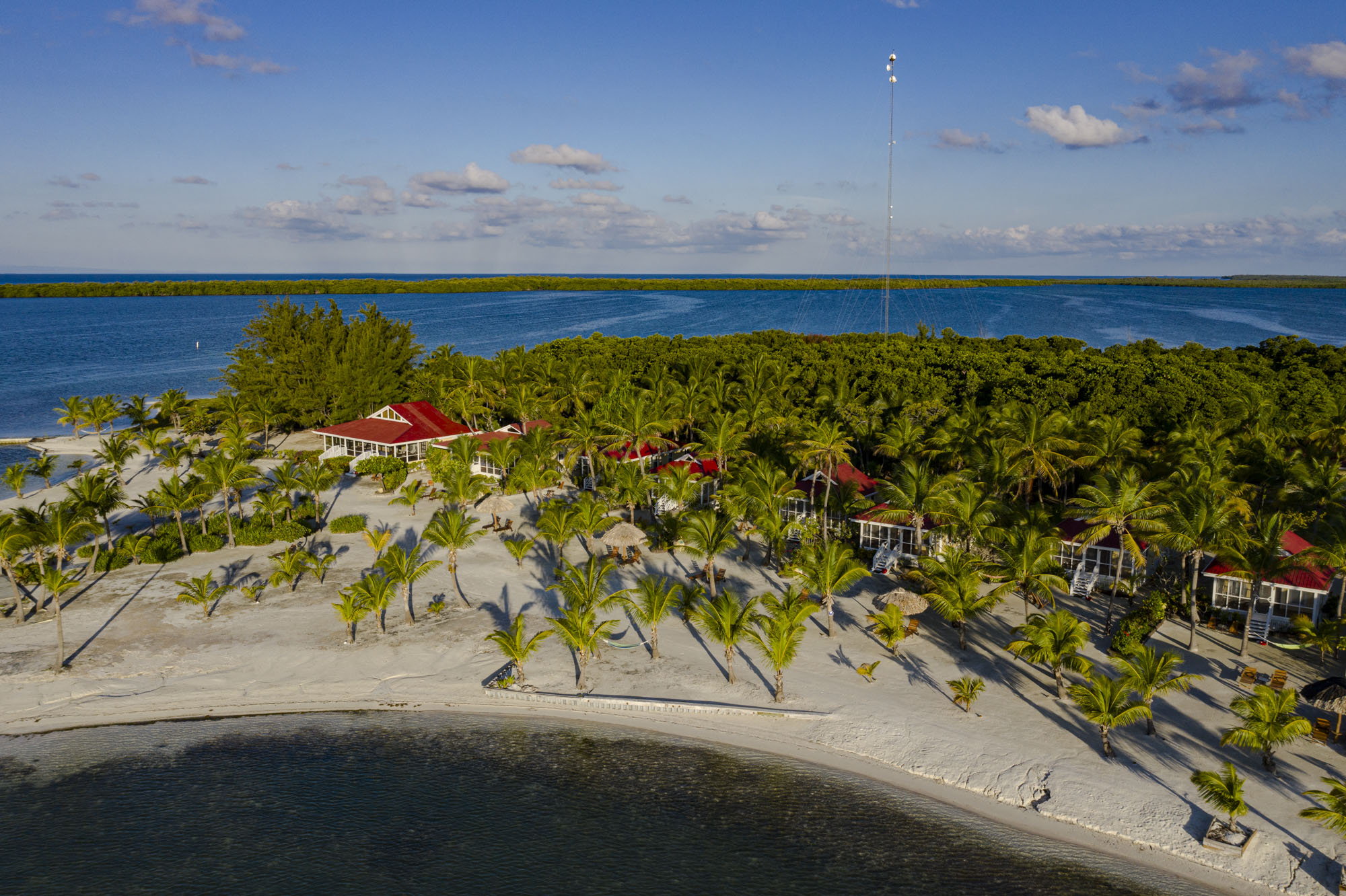 Alex Lindbloom
Alex is a Snorkel Venture and Dive Safari Asia guide as well as the video and photo pros for both companies. Alex is also a field editor for a popular underwater photography magazine. Prior to joining Snorkel Venture in 2018 Alex lived and worked all over the world working as an underwater cameraman, with five of those years living/working on a yacht in Indonesia. Alex's images and videos have garnered many international awards such as Underwater Photographer of the Year and can be seen on NatGeo, Discovery Channel, the UN Building, and various magazines.
Previous postHalmahera Snorkel Guide
Next postBest Underwater Settings for the Olympus TG-6