Choosing a destination to snorkel in Indonesia can be confusing, and with over 17,000 islands knowing which one is best is no easy feat. To make things even more confusing, certain snorkeling locations, such as Raja Ampat, are broken up into sub-regions. If you’ve ever looked into a snorkeling trip through Raja Ampat you’ve probably noticed that it’s broken up into either cardinal locations like “the north, or “the south” or into areas knows as the Dampier Straight and Misool. Just when you thought you had it all narrowed down to a single destination you’re forced to once again make the hard decision of figuring out which location will be the absolute best for your snorkeling trip. So, to help provide a little insight, I’ll go ahead and quickly explain what to expect from Raja Ampat’s Misool in the south. 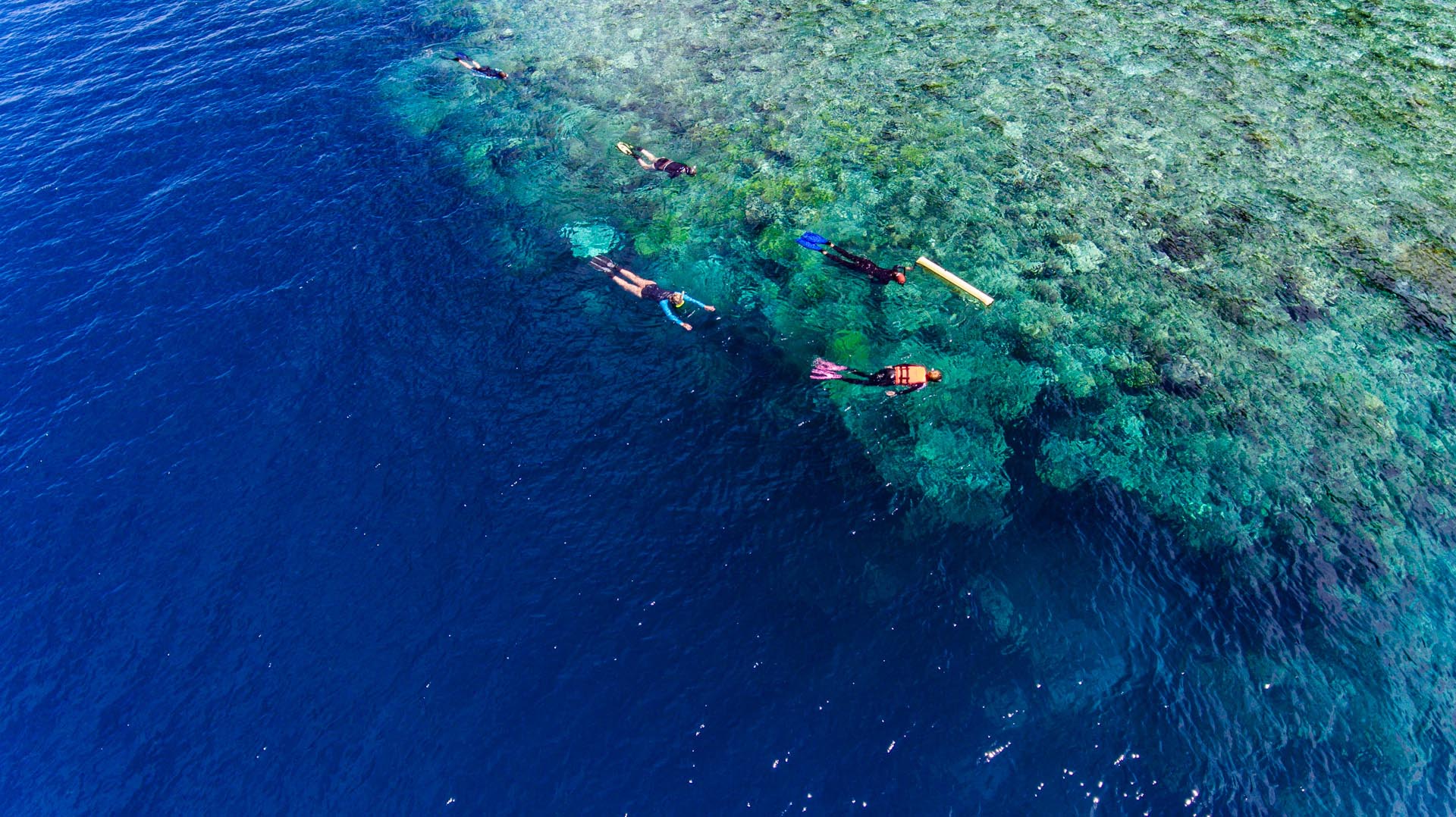 Misool is the southern most region of Raja Amapt, and in many ways it is the quintessential Raja. The landscape is made up of hundreds of small limestone islands with that classic mushrooms shape where they meet the ocean. The snorkeling is characterized by shallow reefs just beneath the iconic islands which give way to ridges, plateaus, pinnacles, and amazing shallow swim throughs. The coral is easily some of the best of the world with vast colonies of hard and soft coral as well as sponges and sea fans. Raja Ampat is often referred to as the Kingdom of Coral, and it’s my belief  that people are referring to Misool when they say this. 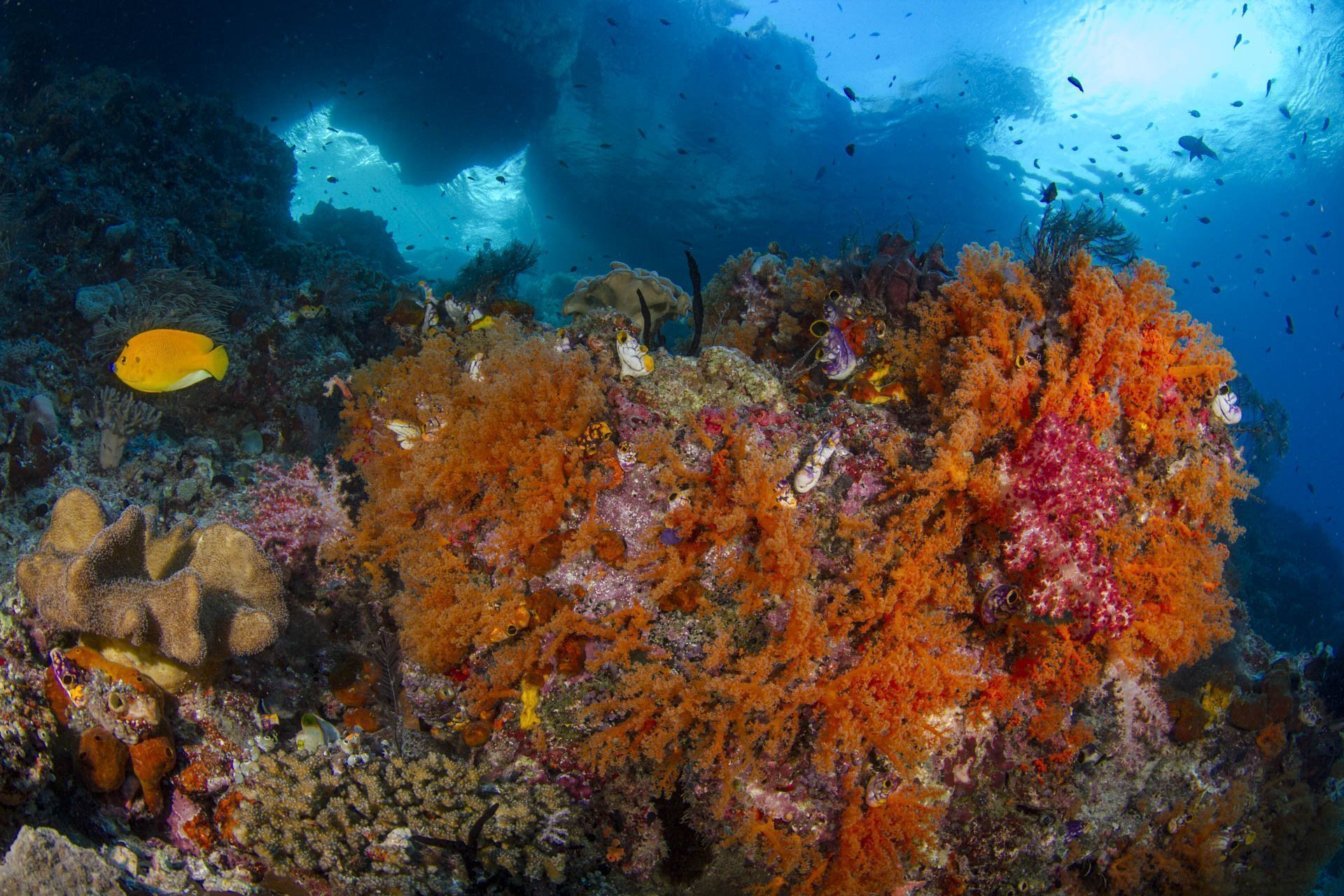 While the coral might be absolutely amazing, the marine life is equally impressive if not more so. In a lot of snorkeling locations around the world big schools of fish are a bit deep snorkelers, not in Raja Ampat and definitely not in Misool. Shoals of fusileers can be found around each of the different islands and on certain islands there are exceptionally large schools of barracudas, jacks, and friendly batfish hanging out just beneath the surface. Another charismatic ocean resident not uncommon in Misool are the manta rays, and actually it’s one of the only places in the world where it’s possible to see both species of manta ray, the oceanic manta and the reef manta. 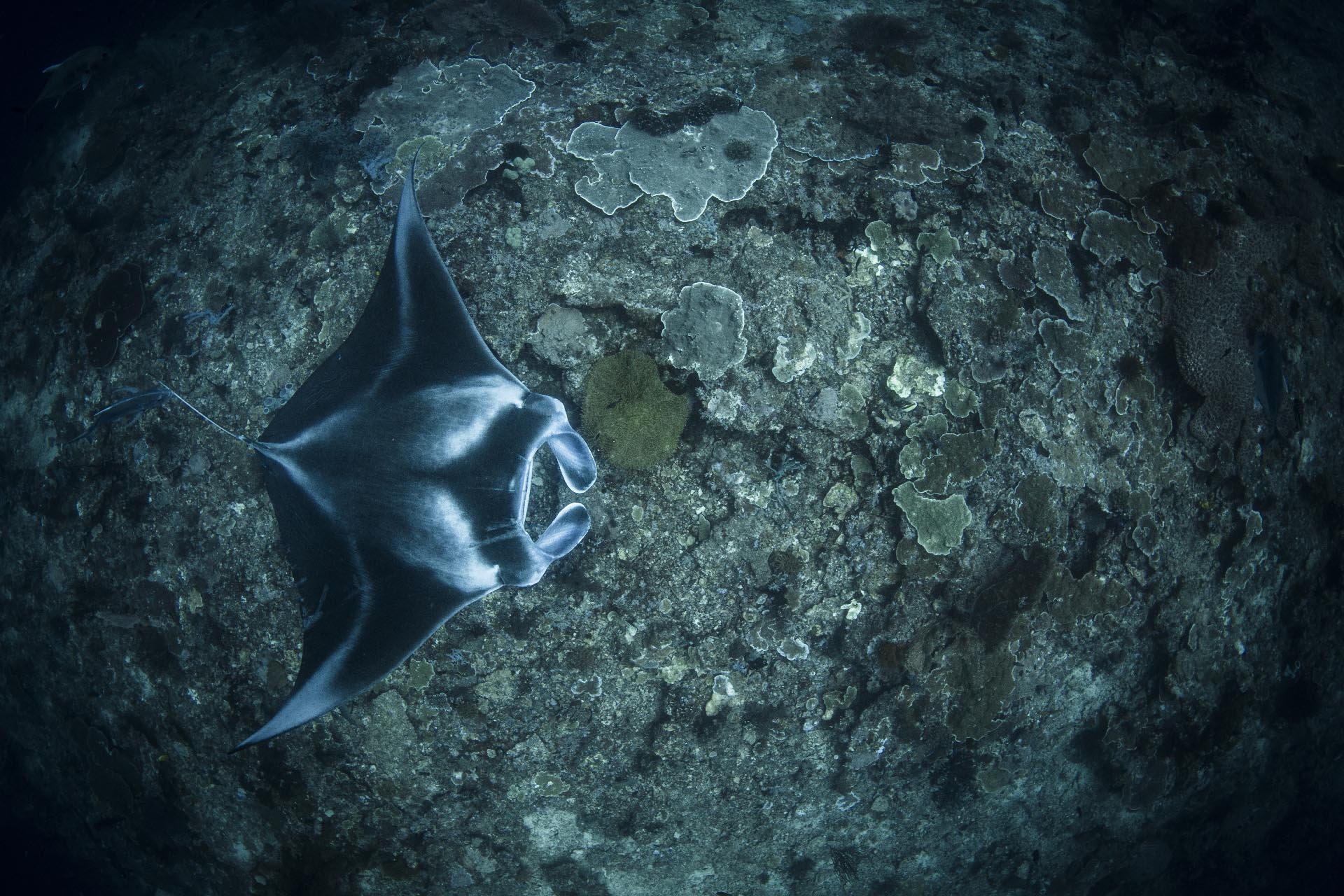 Another awesome thing about Misool is that because it is quite isolated down in the south or Raja, it’s out of range of the speedboat day-trips leaving from Sorong in the north, as well as many of the liveaboards, completely eliminating crowded sites. Not to mention the fact that there is only one resort in all of Misool, and it just so happens to be one of the nicest snorkel and dive resorts in Indonesia and we are very pleased to be be offering our guided snorkeling safaris with them!

Alex Lindbloom
Alex is a Snorkel Venture and Dive Safari Asia guide as well as the video and photo pros for both companies. Alex is also a field editor for a popular underwater photography magazine. Prior to joining Snorkel Venture in 2018 Alex lived and worked all over the world working as an underwater cameraman, with five of those years living/working on a yacht in Indonesia. Alex's images and videos have garnered many international awards such as Underwater Photographer of the Year and can be seen on NatGeo, Discovery Channel, the UN Building, and various magazines.
Previous postSnorkeling With Current
Next postSnorkeling in the North of Raja Ampat