Snorkeling next to ocean giants like turtles, mantas, whale sharks, and even whales is one of those dreams every snorkeler shares. Whether you’re snorkeling in Belize, Komodo, Raja Ampat, Tonga, or any of our awesome snorkeling destinations, there’s a pretty good chance at least one of these beauties will come say hello. The important thing to remember now though is how to behave when this much anticipated moment happens. Here’s a few tips on what to do and what not to do when we are snorkeling with large marine life. 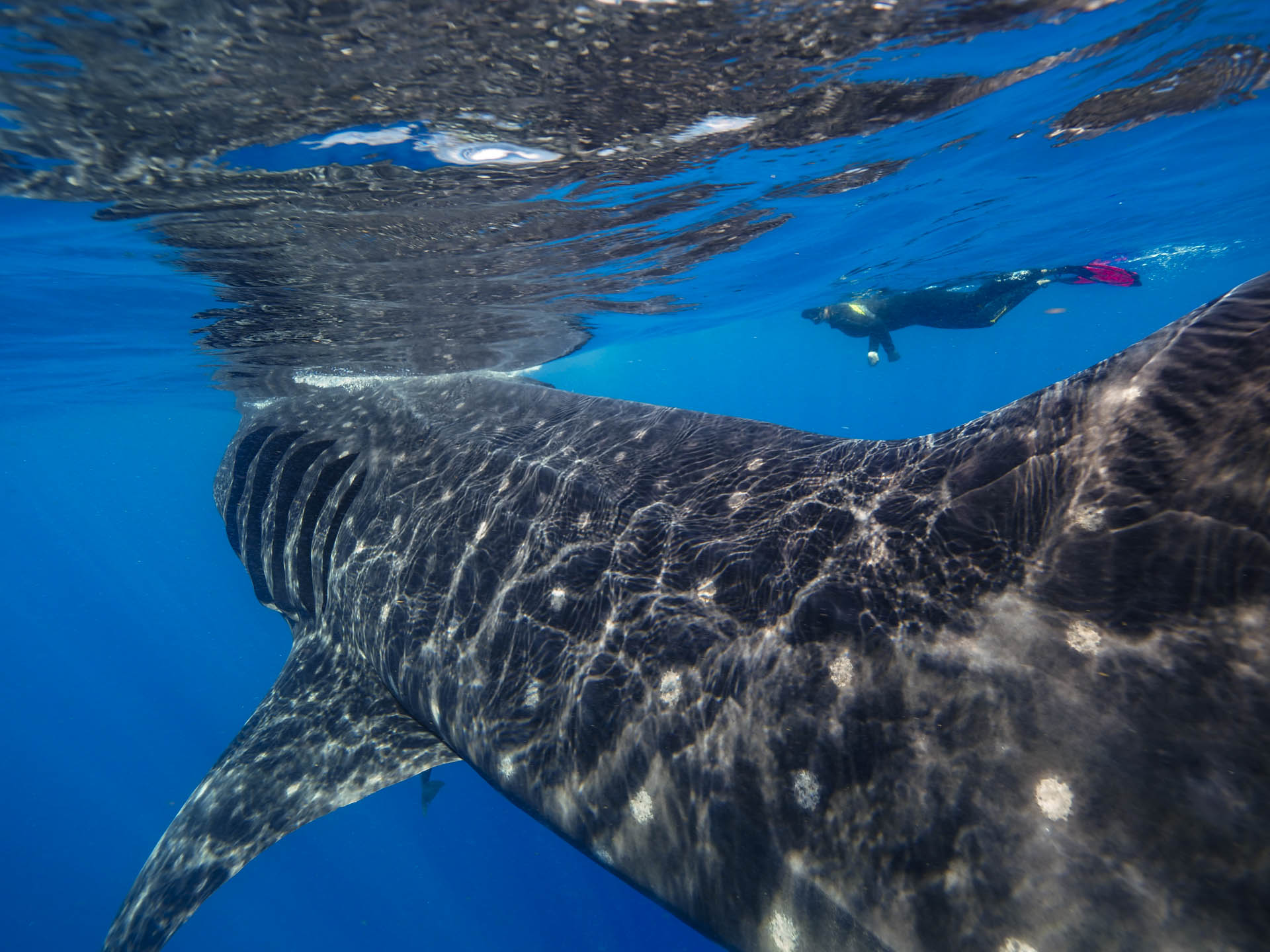 The most important thing to remember is to stay calm. If we start flapping about on the surface, either trying to swim faster or get our buddies attention, then there is a good chance our frantic movements will put off whatever creature has decided to grace us with it’s presence.

Do Not Swim at the Animal

No matter how friendly and inquisitive the animal may seem, it’s always a good idea to not swim directly at the animal. Instead, let the animal come to you if it is clear it is going to stay in the area for a bit. If you start swimming an a manta on the surface for example, it’s going to spook and disappear. Even your pet dog or cat—an animal who is familiar with you—would do the same if you ran straight at it.

For creatures that that clearly have no intention of stopping, like a passing whale shark or mola mola, I suggest giving the animal a bit of space, five meters or so, and swim parallel with it in a steady pace. I’ve always found that if I let the the animal see me by swimming next to it the encounters are longer than if I’m swimming behind it.  Try to use long slow fin kicks rather than many short fast ones, this gives off the impression that you are relaxed no threat to the animal. If you are frantically swimming behind the animal it’s going to think you are chasing it and once again it will be gone before you know it. 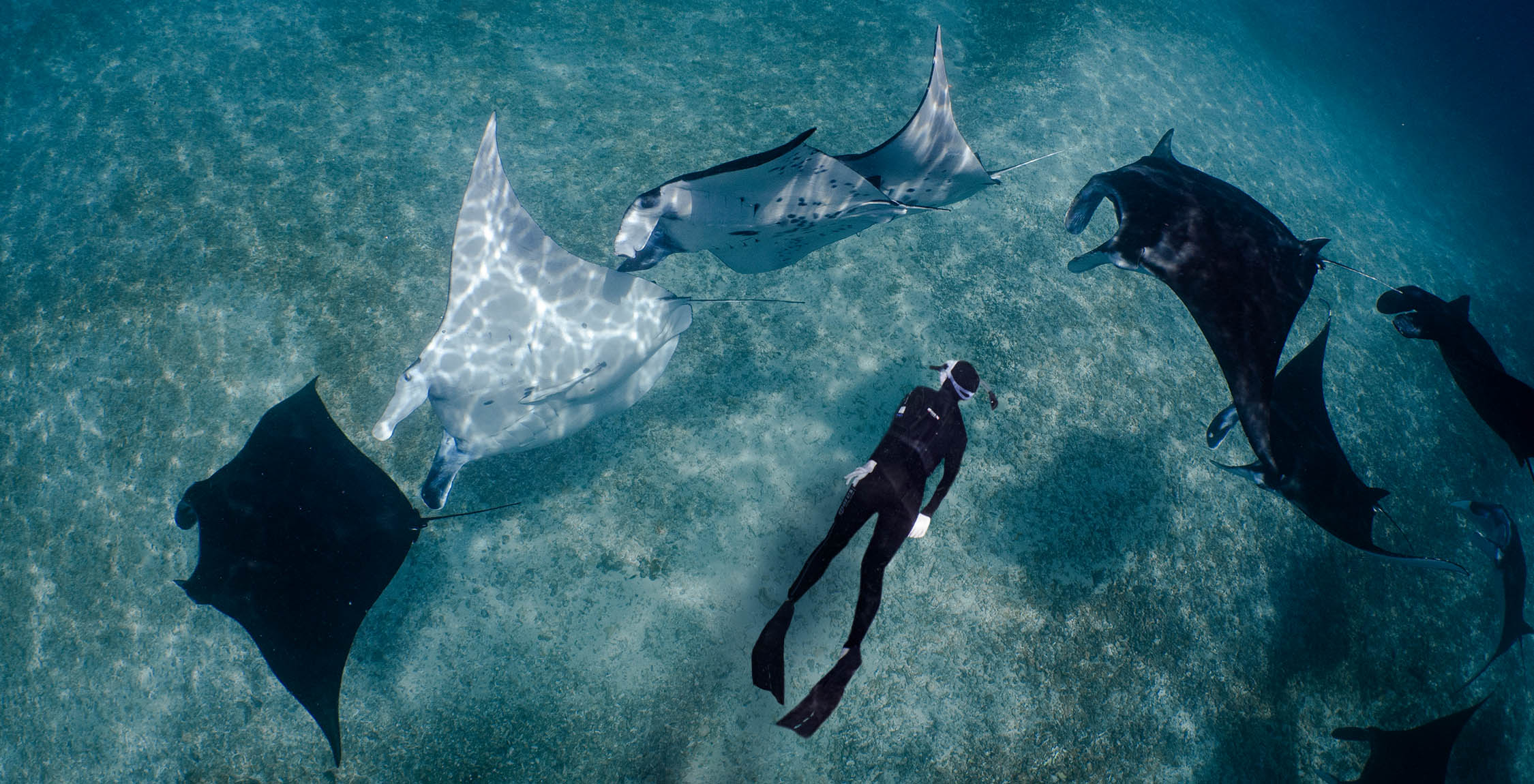 Alex Lindbloom
Alex is a Snorkel Venture and Dive Safari Asia guide as well as the video and photo pros for both companies. Alex is also a field editor for a popular underwater photography magazine. Prior to joining Snorkel Venture in 2018 Alex lived and worked all over the world working as an underwater cameraman, with five of those years living/working on a yacht in Indonesia. Alex's images and videos have garnered many international awards such as Underwater Photographer of the Year and can be seen on NatGeo, Discovery Channel, the UN Building, and various magazines.
Previous postChoosing the Right Snorkeling Fins
Next postIs Equalizing for Snorkelers?